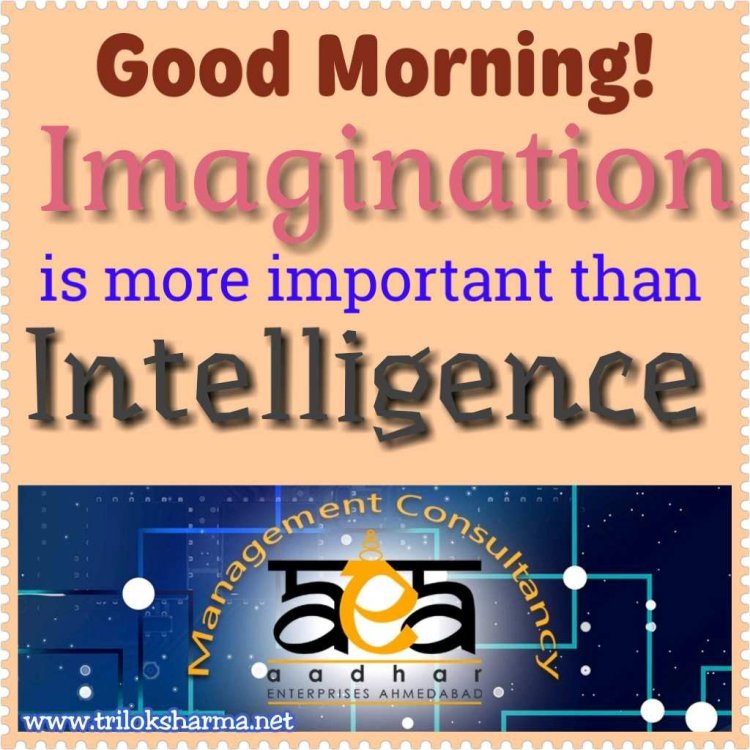 Intelligence is raw horsepower. Imagination is able to think outside the box. In a metaphor, computing processes tend to only deal with what has been programmed in. It can chop it up in many different ways but is based on what was presented. We call them concrete thinkers. Imaginers are able to use the light of their mind and image something never seen before. It adds a quality to the basics the machine can never foresee. Afterwords it might seem so obvious but then it has already been revealed. Intelligence is the ability to recognize concepts in situ, as well as apply them as stated. Imagination is the ability and the willingness to apply textbook concepts to situations where they don’t necessarily fit. Imagination allows one to see connections between things that intelligence may not see directly. Imagination is the fuel for creativity. Along with imagination, one must have the willingness to pursue it…even into the realm of the absurd. So, don’t just imagine…impliment also!!