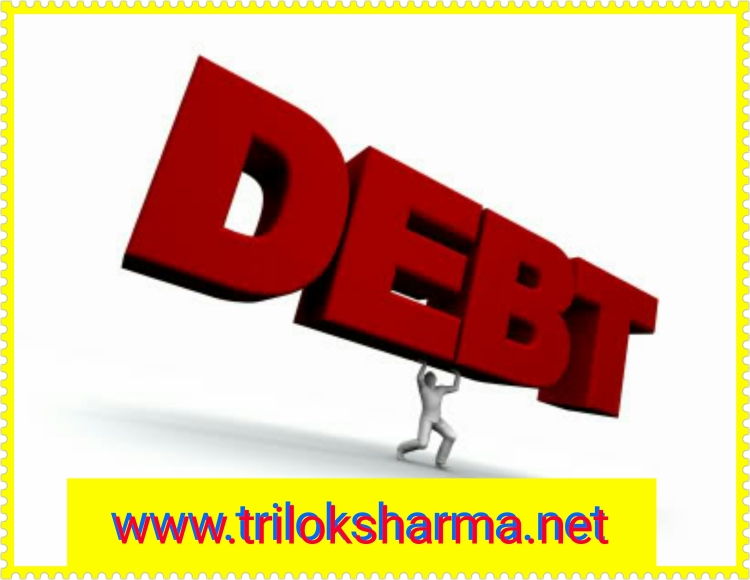 My Grandfather (Pt. Deo Ram Sharma) was not a big and famous person, but he was a great visionary. He was my role model. I have a great impact of him on my entire life. I followed most of his advices and I was successful in my life. Suddenly, I avoided one of his most important advices, and believe me, my life became hell. It took me 5 odd years to bring my life back on the right track again.

The advice I avoided was-“Never Borrow, unless you are going to die because of hunger.”

Why and how it happened??

In fact, the world of retailing has gone from selling you a product to selling you the money to buy a product. The modern merchant makes money loaning consumers the money to make purchases. It used to be that merchants made their money on the mark-up of merchandise, but in the age of volume discounting and stiff competition, those margins have slowly eroded. But imagine if you could make money not only on the sale of the goods, but also by loaning the customer the money to make purchases. You get to cash in twice when the consumer borrows the money, and when he spends it.

Credit card companies figured this out years ago. They finance the purchase of even the smallest items, and if you don’t get your bill paid off in total or on time, they charge you outrageous interest. This is not just a good business; this is a great business and the merchants have followed. Modern homes, attractive furniture, appliance, and computer stores are all now banks in disguise. They would much rather finance your purchase of a new TV or refrigerator than allow you to pay in cash.

In order to facilitate this money-making scheme, the modern merchant will offer you the product for no money down, and no payments for sixty days, as long as you sign the loan agreement.

We need to play it safe and avoid any loan obligation that you can’t comfortably handle.

How to be safe?  I used to pay a monthly house rent of ₹ 7000/- in 2001 and it was quite good amount in proportion(20%) to my salary  at that time. But I was very trickfully forced to purchase a house with a small amount of down payment. And you know what happened? My monthly loan installment started with ₹17,500/-  and that was 50% of my monthly income. More interestingly, first 24 installments were not able to reduce a single rupee from the principal loan amount!

Now I look back and realise that if I would have continued with rented house, I must have saved a big amount of money to invest further to make wealth.  By being conservative with his money and not overspending, my grandfather was able to create reputable properties for our family. He invested well and lead a satisfied, debtfree and tensionfree life. On the contrary, I disobeyed him and got busy accruing debt so that I could keep living in bigger and better house. But at the time of recession (2009) only,I realized my mistake and took a U turn to correct it, but it was too late. As I mentioned, I had to invest 5 years to fully correct my past mistakes.

Sometimes I hink of this in terms of the tortoise and the hare. The hare piled on more and more debt so that he could live a faster and faster life, while the slow tortoise lived well below his means, investing the difference for his future. Along comes the recession and the fast-moving hare crashes and burns in an inferno of debt, while the debtfree tortoise keeps on going.

Remember: Borrowing less and saving more is the path to riches and to sleeping well at night. Borrowing more and saving less leads to wild times and bread lines.

Even if in times of emergency, if you need to borrow, follow these golden rules:-